It’s strange, how autumn is the season when things slow down, all that dang green becomes muted, the rains come and with them the opportunity to nest inside. And, at the same time, there is a new energy. Inside projects start getting done, outdoor work there was no energy for all summer is suddenly attractive, at least when the sun shines, at least once you get started. To do lists get pulled out and dusted off, and somehow don’t look so overwhelming.

This week I gathered a wheelbarrow load of fir twigs and branches in the driveway, downed by a recent wind storm. I cleared the roof of drain-blocking debris, and the trail behind the carport. It seems very early in the season to have had such a fierce wind in the PNW. I cleaned up the mess left behind by a man I hired last spring to chainsaw downed limbs from a winter snow storm that then sat there all summer, becoming tangled in blackberry vines. I hauled three barrows full of firewood to the rack on the other side of the house. I put the hoses away.

Yesterday I walked into the natural area next door to my home. There’s a small tree down in the woodlot by the meadow. It had no root system, growing too close to other trees. I push it the rest of way down and pull it out of trail and continue into the woods. I’ll cut it up another day. 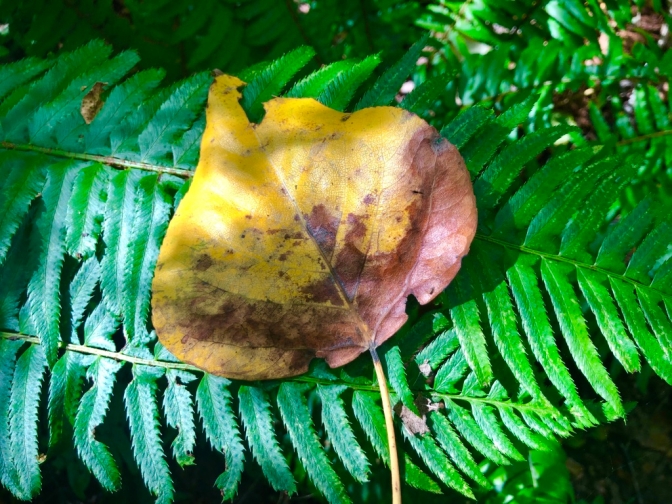 It’s mushroom season. An interesting thing I read recently (in a novel) about fungus, is that calling a mushroom a fungus is like calling a fir needle a tree. (That wasn’t the analogy the author used, but I like it better.) What is above the ground is just for show; it lives a few days. But it is connected to a huge underground network that enriches and stabilizes the soil, nourishes the plants, provides nutrients for trees. And lives for years. The work all happens underground. The introverts, quietly keeping the planet going.

“Life on earth wouldn’t survive without fungi. Over 90% of all plants are dependent on a symbiotic relationship with fungi to survive.” —The internet

I wandered into the nearly spent garden after my walk. A deer has found its way in. Last week I thought maybe the damage was slugs. But yesterday the true culprit left a calling card. Tomato vines, summer squash vines and  blossoms, miniature pumpkin vines. Chard. I guess they needed some green stuff to go with the plethora of apples in the orchard across the driveway.

The cherry tomatoes are splitting in the excess of rain anyway, so have at it; less for me to haul out when I clean up the garden. I pick the chard out of obligation, then forget to eat it; now I needn’t bother, it’s gone. The invader didn’t eat the actual pumpkins that I’m holding for my grandsons to pick—they’re coming next week. The squash hasn’t produced anyway. Maybe I should just leave the gate open and let them clean up.

Apparently, they don’t like zinnias. Or strawberries. Or blueberry bushes. Yet. I will spray them this morning. I will have to do serious fence work next spring. But I can’t think about that now; first I get to enjoy winter. 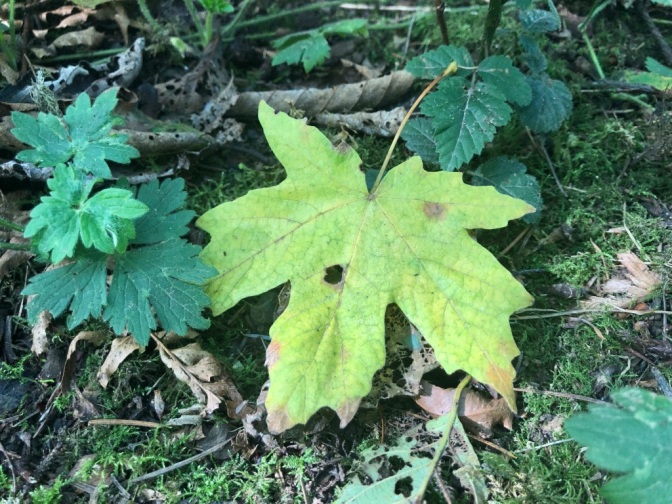 “And isn’t it my own foolish loss if I fail to gaze in awe at the many-petaled zinnia, the industry of the bee, the color of the leaf at my feet?” —Katrina Kennison

I’m appalled, angry, frightened, grief-stricken by what is happening to the planet, and the failure to do enough to slow the destruction. By the negative progress modeled by the current US administration, which should be (and has in the past) be leading the effort, not pulling it backward. I feel helpless. I thank the Universe for the children, like Greta Thunberg—who didn’t give in to helplessness. She says the children shouldn’t have to be doing this. I’m not sure I agree. It will take all of us, around the world, working in symbiosis—the smallest and weakest, the biggest and strongest—like the fungi and trees and plants do. Working together.

But today, consider the lowly fungus. And the flashy flowers.

10 thoughts on “Notes from Three of Earth Farm: Autumn”