Her obsession, and it could only be called that, with writing about her mother’s life both flummoxed and exasperated my sisters and me. For the 30 years—nearly to the day—between my grandmother’s death and my mother’s, my mother wrote pages and pages of notes and stories. The jottings I’ve found repeat the same facts, or my mother’s memory of the facts, on typing paper, in spiral notebooks large and small, in stationery pads with paper intact or torn out. When she could no longer see to write, she recorded the story, starting over from the beginning then repeating stories the next time she picked it up.

“Why?” I asked, like a broken record, telling her I wished she would write her own story.

“I didn’t appreciate what a hard life she had,” she would say. “She was so courageous her whole life. I didn’t understand how hard it was to be old, and I was so impatient with her in her last years. I promised her I would write about her life.”

I often wondered if that promise was made before or after the death my mother was not present for, a way to assuage her guilt that she hadn’t been by her mother’s side then or every moment of her last ten years. Like some “if only” promise to God that she spent the next three decades trying to fulfill.

Now, as I read about writing legacy in preparation to guide a group of women in doing just that, I have a new interpretation of my mother’s consuming passion. My mother was in the “legacy phase” of her own life, the time we take stock of where we have been, how our lives have been formed and informed, and how we hope to be remembered. I think my mother thought she was doing that on behalf of her mother, but what if—unbeknownst and unacknowledged—she was really writing her own legacy story?

My grandmother’s life story has been part of the family’s oral history for as long as I can remember, both from my mother’s and my grandmother’s telling. While I am happy to have the written version (or will once the transcription of the tapes is completed by my sister and edited by me), I may never have my mother’s own legacy writing. To be honest, I don’t know what is on the remainder of the tapes; friends worked with her on the project because I didn’t have the patience. Though I’m doubtful, maybe she did get to her own deepest self. Secrets yet to be revealed.

But as I read about writing legacy, I’ve come to understand that part of its purpose can be to heal a relationship, often in the absence of the other party. Is that what my mother was doing? Was she trying to understand her mother in order to better understand herself? Did she achieve what she was yearning for?

I don’t think she could have understood that’s what she was doing, and now I can’t ask her. Perhaps in the death of a loved one with whom we may have our own healing to do, we can make these things up. I can forgive the consumption of her time and her anger with me in wanting her to tell a different story, if what she was doing was reconciling her own life so that she might let it go.

I have wishes of my own. I wish I’d had this glimmer of insight so that I might have talked with her about it. I also know thinking such a conversation might have happened is my own magical thinking. Her fixation did not have any space for reframing; her personality did not allow for talking about herself; she was not in touch with her emotional self. Now it’s to me to reconcile my own relationship with my mother; to figure out how I want to frame my own legacy writing; and to break this mother/daughter cycle with my own daughter of not talking about what matters, things that will be hard to talk about. It sobers me to realize that, having no daughters herself, ours is the last chance to do it different for at least a generation.

Legacy writing—so that I might better understand my own story and what matters to me—is a beginning. 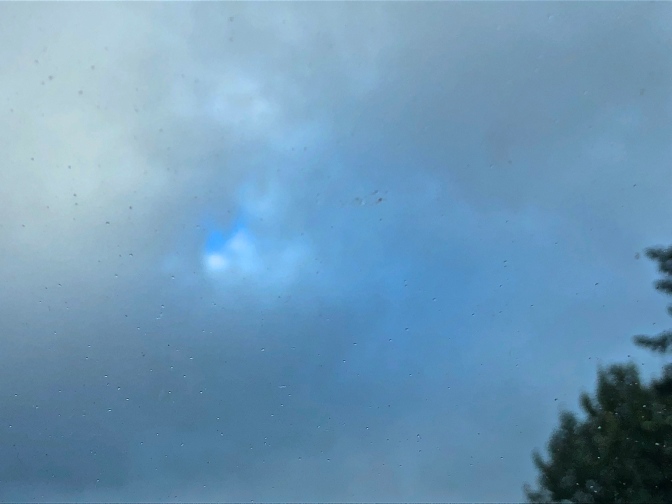