“‘Weep,’ calls a toad from the water’s edge. And I do. If grief can be a doorway to love, then let us weep for the world we are breaking apart so we can love it back to wholeness again.”

The losses have compounded daily this spring, pitting nature against human (if a virus is of nature born), human against human, human against nature continuing. It was time to get away. What possessed me six months ago to make a camping reservation in the Pacific Northwest rain forest in the middle of June, I don’t know; but it was no surprise that it rained.

On the drive to my favorite Olympic National Park campground, which opened for the season late due to the pandemic and just in time for my reservation, I finished listening to Braiding Sweetgrass. I’m not in the car much these days and it takes me longer to listen to a book. I quoted the beginning of it on my way to the ONP last month for a hike (here), and words jumped out at me at the end of the book too. I hope we are already loving the world back to wholeness—love for one another and for Mother Earth—but I fear we aren’t ready yet. And so we weep, which is a kind of love.

The temperate Quinault Rain Forest is believed to have the greatest number of record size giant tree species in the smallest area in the world. The largest specimens of Western Red Cedar, Sitka Spruce, Western Hemlock, Alaskan Cedar, and Mountain  Cedar are found in the forest as well as five of the ten largest Douglas firs. It does have the biggest trees of any place other than California and New Zealand. And it averages 12 feet of rain per year—not all in the winter, obviously. When I camp at Willaby Campground, I figure there is always the historic lodge to sit in if it rains hard.

When I discovered there were available campsites, after the campground re-opened just in time for my reservation, I invited the family to join me. They were desperate to get out of the city, which is still in ElVirus Phase 1 and is now Uprising Central. They have been mostly within the walls of  their house for a long time. My stay was different than I envisioned six months ago it would be, but then nothing is as we envisioned six months ago. They would still have been in school, for one thing, and couldn’t pick up and go camping mid-week. Perk of the Virus.

We both managed to rig acceptable rain flies and stayed mostly dry during Monday’s deluge and its accompanying nights. (Note to self: get a set of poles.) Mostly dry except for Adrian fearlessly walking right into the lake. “When I grow up I’m going to be a GIANT!” he told me. “I’m a walking GENIUS!” Indeed you are, little guy.

As I continue to work on editing my memoir for publication, I have also returned to my war letters project with a new kinship to the uncertainty and oddness of life my forebears were experiencing nearly 80 years ago. I have missed them and was happy to sit in my tent by the lake out of the rain with their words on the page, waiting for them to show me the way. The way to weave this project into book form. The way to live into and through these times. They did not always do it with grace, but they were never without resolve. 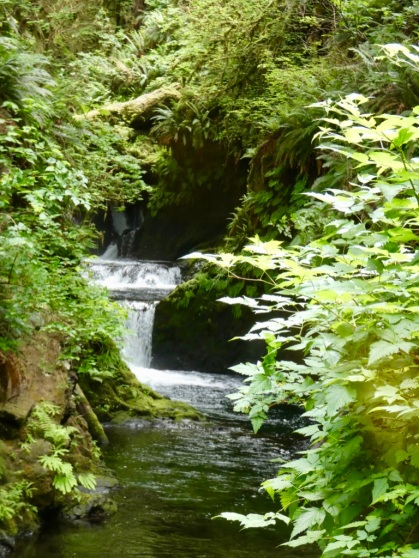 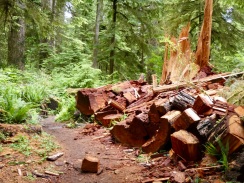 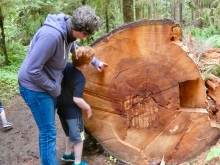 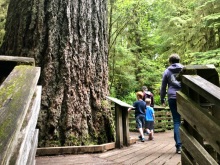 The Lodge and the Lodging

The Flora & the Fauna 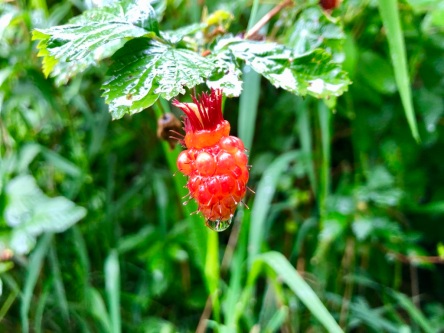 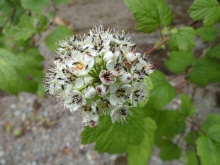 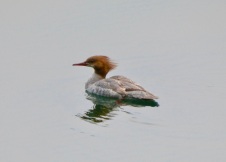 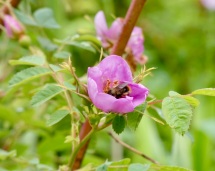 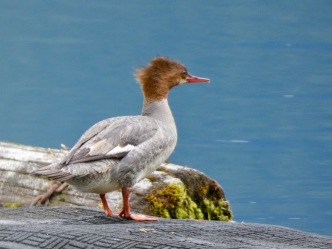 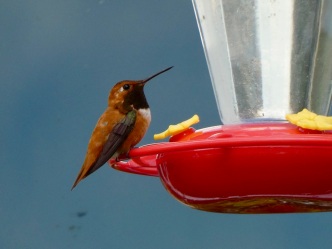 From the canyons of New York City during the dim-out as my father attended officer training classes, and  then from Europe, he wrote of his  dreams of camping out west with his love. As the 25th anniversary of his death, on Father’s Day, approaches, I am camping out west during  a pandemic with his great-grandsons. He would be so pleased.

2 thoughts on “Adventure Log: Camping in the Rain Forest”